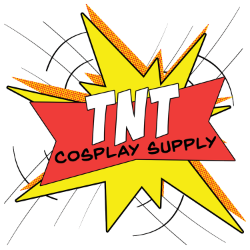 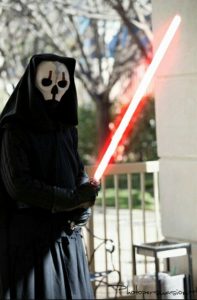 Christopher’s life ended too soon but has had an extremely powerful impact on the world of cosplay as a result of his early passing.

His mother would say he started cosplaying when he was 4 years old with his Ninja Turtle and He-Man costumes. As he grew up, he attended local conventions and was immediately addicted to the world of con culture. He went to several cons before ever actually getting into cosplay. He’d spend hours wandering around, looking and vendors, and meeting celebrities.

His first cosplay was an officer from Star Trek – The Next Generation. He had several versions of this, from an everyday Red-Shirt to a formal dress uniform. His favorite was his “Alternate Universe” Captain Jean-Luc Picard cosplay. He went to a local Horror Convention, where celebrities from The Walking Dead and Star-Trek shouted at him from across the con floor about how much they loved his cosplay! This was thrilling for him, and he quickly became hooked as an avid cosplayer.

His next cosplay was Lex Luthor from the Smallville series. This was a simple costume for Christopher in the beginning, with a men’s suit and a distressed Superman cape. A con called “Fan Days” was coming up, and he wanted to make his Lex cosplay even better, so he spent hours scouring costume shops, online stores, and thrift shops looking for the perfect white suite, shirt, tie, and dress shoes. When he put the whole thing together it looked fantastic and showed up at Fan Days. Michael Rosenbaum was a celebrity guest (who played Lex Luthor in the Smallville series), and when he saw Christopher in his Lex cosplay, stood up, smiled, and said “Oh my God! Look… it’s me! No one ever cosplays me!”. They took a selfie together and Michael Rosenbaum posted the photos on his social 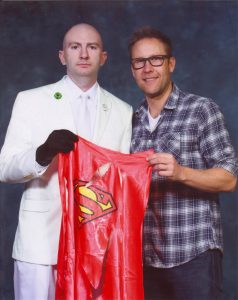 media, which was a very special moment for Christopher!

Now that he was into the world of cosplaying “villains” he put together his Agent 47 from the Hitman game series. Again, another quite easy cosplay… a suit, a couple of Silver Baller Pistols, and a barcode on the back of his head, right? Well, he spent a ton of time looking for the perfect suit, red tie, gloves – modified pistols to look perfect from in-game models – and topped it off with the signature barcode. He loved the character so much, that if he had not had diabetes, he would have had that barcode tattooed onto his head without a second thought!

His final cosplay was Darth Nihilus from Star Wars: Knights of the Old Republic. He asked for help from his Grandmother to help him with his new costume. She did all the sewing, including 50 yards of black draping fabric, and hours of sewing, patterning, fitting, and perfecting this cosplay. Christopher made all the belts and leather parts and commissioned the mask from a close friend so the full costume would look perfect. His costume was so well made it was accepted into the Star Wars 501st and also the ‘North Texas Squad of the Star Garrison’, which he was extremely proud of! He was also honored by his new cosplay groups by awarding him the “Chris Skiles Cosplay Rookie of the Year”!

Before Christopher’s early passing, he had already started planning his next cosplay, which would have been a Nazgul Wraith from Lord of the Rings… Christopher Todd Skiles passed 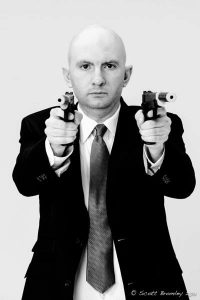 away in his sleep at 30 years of age on February 3rd, 2014 due to diabetic complications.

Roughly a year after Christopher’s death, his Mother and Grandmother started this company, “TNT Cosplay Supply” in honor of his memory, to celebrate his life, and to keep his passion alive through cosplay. They ordered a small batch of EVA foam and did their best to market to cosplayers on a small scale at first. At the time there were no retailers in North America specifically built around the needs of the cosplay community. As cosplayers found out about our products, word quickly spread that “TNT is carrying some amazing foam for making armor and props!”.

If it were not for Christopher… TNT Cosplay Supply would never have come to exist and, in-turn started the entire EVA foam cosplay market in the United States and North America. He may not be with us today, but the impact of his life, and his love for cosplay has changed the entire industry and community of cosplay on a global scale.

TNT Cosplay Supply is, always has been, and always will be a private, family owned company. This family’s love for Christopher has manifested into a beacon of creativity, positivity, and love for tens of thousands of people over the last 5 years! This love and support will continue as long as our brand exists, and we will never forget the gift that he has given all of us. 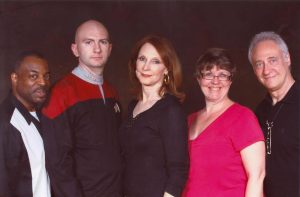